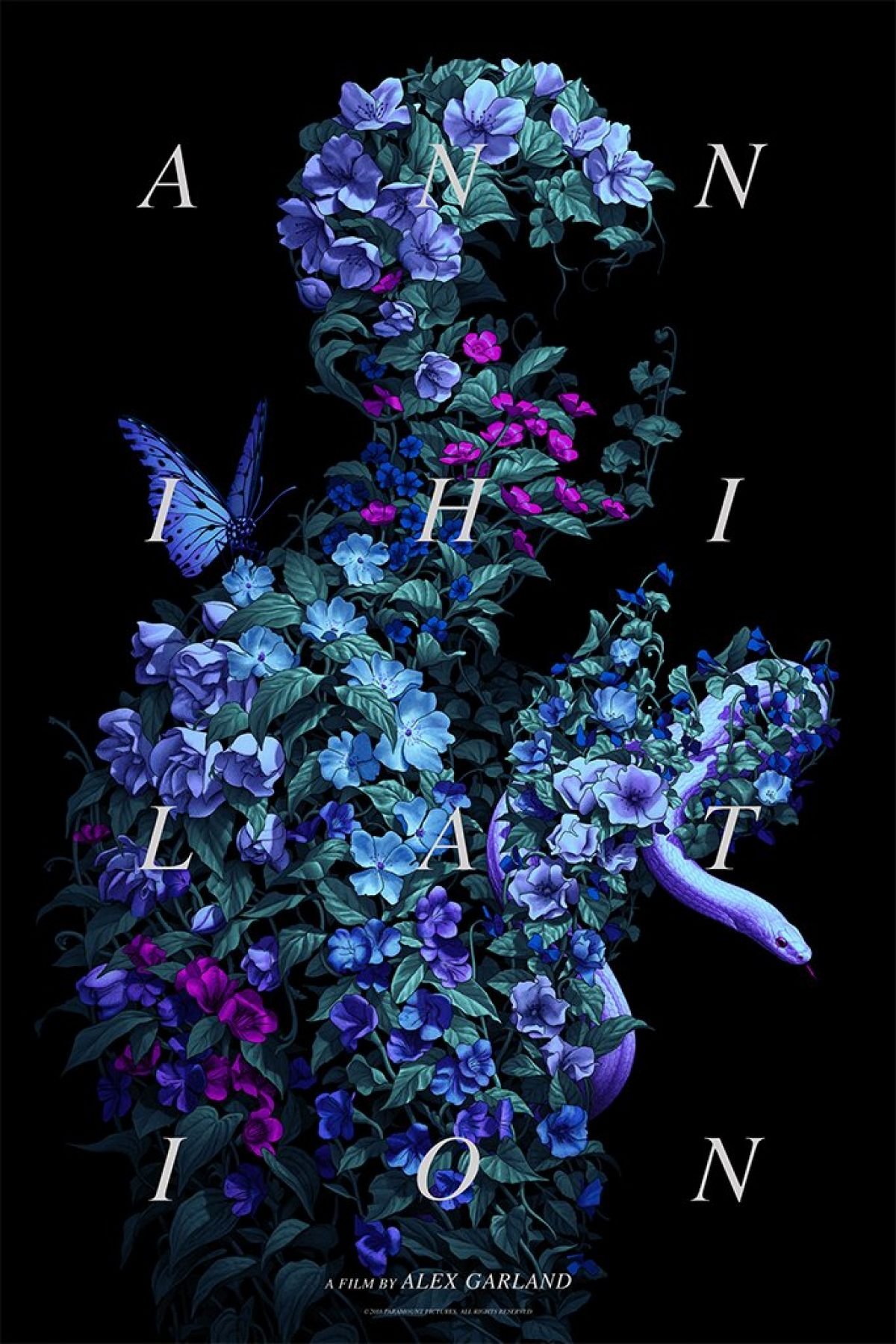 Annihilation is a beautiful film.

Cosmic horror is not something which can be easily done in a film, or any media for that matter. It is something that I've pondered many times in my life, since as early as I was introduced to horror in literature with Poe, until being introduced to it properly with H.P. Lovecraft.

Here it is, my Cthulhu inspired tattoo, among other things #spooky #haloween pic.twitter.com/Jzy1i4kEGQ

I was never directly introduced to Lovecraft's work so much as I was exposed to the plethora of work that was influenced by him. The sheer amount of references and derivatives of the Lovecraftian entity known as Cthulhu (opens new window) is staggering.

Lovecraftian. Even his name describes an entire genre. What was so potent about his ideas that made such waves across many mediums of storytelling?

I think what attracted me to find the source of these waves was fear. Not fear, as in my motivation, but rather the idea of fear.

What is fear? And what makes things scary?

I've always been somewhat of a philosopher (or possibly just a chronic overthinker) throughout my life and I prided myself on not having any fears. Of course, I've been scared of things before, such as spiders at one point. But I've learned that fear-- true, rational fear, usually stems from a lack of understanding, or more acurately, all fears are a fear of the unknown.

We fear what is lurking in the night because we cannot see it, and so it is uknown, as are it's intentions. The intentions of a killer are known, as we stare down the pointed end of a knife, and we are afraid, for we know not what lies beyond the veil of death.

On the fear of death: If you are afraid of death, or suffer from existential angst, a book I would highly recommend is The Power of Now. I did, indeed, find it spiritually enlightening, especially because it describes our woes in life (of which I include fear) as direct consequences of our egoic mind fearing it will "die" if the ideas it associates iself with are compromised.

The premise of cosmic horror is based on this fact, that we fear what we don't understand. What I most enjoyed about Lovecraftian horror, specifically, is that this fear was so powerful it turned minds mad. Here is a real fear we can't escape.

There are a lot of things we know, so we can presume a rational person might not be afraid of any of these things directly. However, we must admit we don't know everything about the way our own mind operates. But, we can rest assured that for the most part it's pretty stable.

What then if something is actively compromising this assumption? In the case of Cthulhu, what cosmic vision is enough to turn a sane mind mad?

And so this implication, that this literally unfathomable revelation must only by comprehensible to a superior mind than ours. Indeed, even a diety's. And who can presume to know the mind of a god?

Now then, the dread begins to sink in. Dread, being the fear of an inevitable fate, that of our ultimate demise in the face of a power far beyond our own, whose intentions cannot be known, and whose mercy we can only hope for despite all indications that it has none.

This is the premise of Annihilation.

I've been streaming (opens new window) a lot lately. One of my favorite sounds that I use is actually from the soundtrack of this movie. It's so iconic.

I decided to listen to the full song and I found that it was actually quite beautiful, to me at least. I'm not normally one to listen through movie soundtracks because I feel that taking it out of it's context is disrespecting the intent of the composite art form that is film. But I can admit this song, at least, is good.

I started doing some reminiscing about the movie. I remembered wanting to see it when it came out in theaters in 2018, not getting the chance to do so, but still enjoying it after watching it for the first time at home. It has been a while now, so I started reading some reviews to see how well it held up.

Naturally, I wanted to see what reddit (opens new window) thought of it.

I was glad to hear this. I had had the book in my shopping cart for a long time and after reading this comment I decided to pull the trigger and buy the book.

Of course, the bear scene. Still haunts me to this day.

This was a pretty interesting take and is actually what prompted me to buy the movie and watch it again.

If you've read this far, I would encourage you to do so as well.