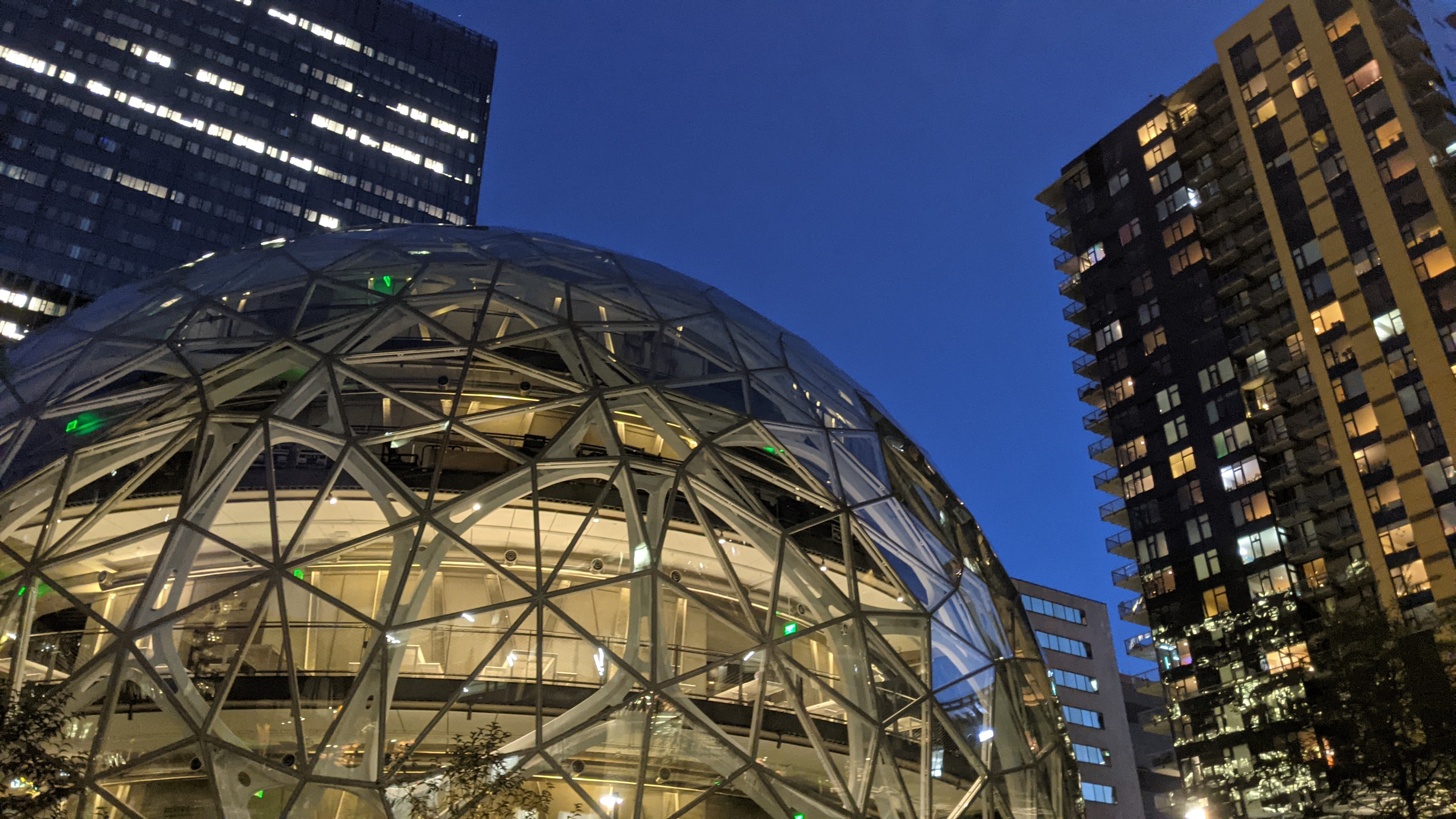 Exciting news! A lot has happened since my last update. I haven't really posted about it because I've been so busy, but anyway, here it is:

I got a job at Amazon!

Amazing, I know. Between preparing to interview, interviewing and the logistics of moving to Seattle, I feel like I've barely had any time to document my journey.

Let's start at the beginning, shall we?

So way back at the beginning of June, I picked up a shiny new graphics card, the NVIDIA RTX 3080 Ti (opens new window). It's a great card and it really allowed me to play and fully enjoy a lot of games that had previously been sitting idle in my library. However, after installing it, I realized I had "broken" my FreeBSD setup. Basically, I could boot into the shell but starting the X display server (opens new window) failed because I needed to upgrade the drivers I was using.

Because I was lazy, I just didn't boot into it and stayed in Windows, happily consuming my time playing video games in high definition. That's why I didn't post very many updates.

Anyway, it was around this time that a recruiter from Google contacted me. At first I said I'd be ready to interview whenever, but then after some consideration, I realized I should maximize the time I had available to prepare for the interview. I called him back and basically asked for the latest time I could schedule for the interview.

Fun Fact: Actually, in reviewing my emails as I was preparing to write this article, I realized that this was the same recruiter who I had had a conversation with back in July of 2020. At the time, I was looking for a job after losing my job at RP Funding. I just got a job offer from nCino, however, so I decided to not proceed to the technical part of the interview but told my recruiter that I would like to stay in touch in the future.

This was before I set up my blog towards the end of 2020, so there is some missing history there.

This wasn't the first time I had tried to apply to a big tech company. In fact, when talking to my recruiter once, I asked what about my resume made me stand out to him as a potential candidate. He told me I had a good resume but that it was also based on positive feedback from the last time I interviewed.

I was a bit surprised by this and thought back to when the last time that was, since it surely would have been during my early college years. And indeed, it was! I don't think it was this instance, but some time in 2013, maybe.

Regardless, this wasn't my first rodeo. I knew what to expect with these types of interviews so I needed to brush up on some of my CS fundamentals.

For the record, I used this helpful article (opens new window) as targeted practice for coding problems. I also studied (and prayed) with the Interview Bible: Cracking the Coding Interview (opens new window). Like any good bible, I needed to buy a new copy because I lost my other one lending it out to a friend in need. 😇

Coincidentally, around this time in my emails I also received an invitation to apply to Amazon as a SDE II. Keep in mind that although I usually don't explicitly state it in my goals, it has been a lifelong goal of mine to:

All of them are pretty interconnected and really serve to accomplish my dream of owning a west coast beach house. So to me, the goal of getting a job at a big tech company was relative.

I decided to proceed with an Amazon interview as well since I was going to be preparing to interview at Google anyway.

Fuck it, I thought. Might as well apply to all my dream jobs while we're at it. I then submitted my resume to Riot Games and CCP games as well. Microsoft had a weird recruiting event they wanted me to attend but I kept missing it and the position was in Atlanta anyway, which I wasn't thrilled about so I just dropped Microsoft.

I heard back from Riot games and was excited about the possibility of working at probably my most literal dream job, especially when I found out they were based in LA. Unfortunately, I didn't even make it pass the behavioural interview, which I won't lie, concerned me a little.

The good news, however, was that I did well with the initial technical screening interview for Google and the coding assessment with Amazon. When the time came for the full virtual onsite interview... I bombed it.

At least the Google one. It was five 1-hour interviews, all of them technical. The Amazon one felt a bit easier as it was four 1-hour interviews, with the first half reserved for behavioural questions. If you didn't know, Amazon is really big on their Leadership Principles (opens new window). I also got a bit better of a vibe from the Amazon interviewers; I felt pretty stress free during the interviews and enjoyed talking to them with the questions I got to ask.

Spoiler alert: I got the job at Amazon! Haha, I definitely accepted right away just because I had that you-know-in-the-back-of-your-mind feeling that I wasn't going to get the job at Google.

I put in my 2-weeks notice the same day I found out. Not that I was in a rush to leave, but timing-wise, it kind of worked out best if I did so when I did. Unfortunately, I had just signed a new lease with my apartment, which I couldn't really do anything about, but 2 weeks later would be the end of the month of August, which worked out great logistically for everything involving the move.

By the way, I ended up only getting offered a SDE I position, which was fine by me, especially since they made it sound like I should be able to move up to SDE II within a year. It sounded like, however, I would only have 3 places available to me to relocate to: Boston, Massachusetts; Arlington, Virginia; or Seattle, Washington.

Pretty easy choice, if you ask me. (And they did!)

So, logistically, moving was pretty interesting. First of all, I got a nice moving package, which helped, but also came right outta my paycheck, I later found out. 😒

I basically decided to have all my stuff moved into a POD container, have them ship it out to Seattle, and then move it into my apartment there. Then, I decided I would drive my car up to Chicago, where my twin sister was staying, and giver her my car before continuing my journey up to Seattle by plane.

During the brief span of time between when I left my job and drove up to Chicago, I took the opportunity as a micro-vacation and bought myself some sketch books. I hope to devote some more time to improving my art skills, since it was originally a defining passion of mine.

I drew a quick sketch of the communal area in front of my apartment, where good times were had. 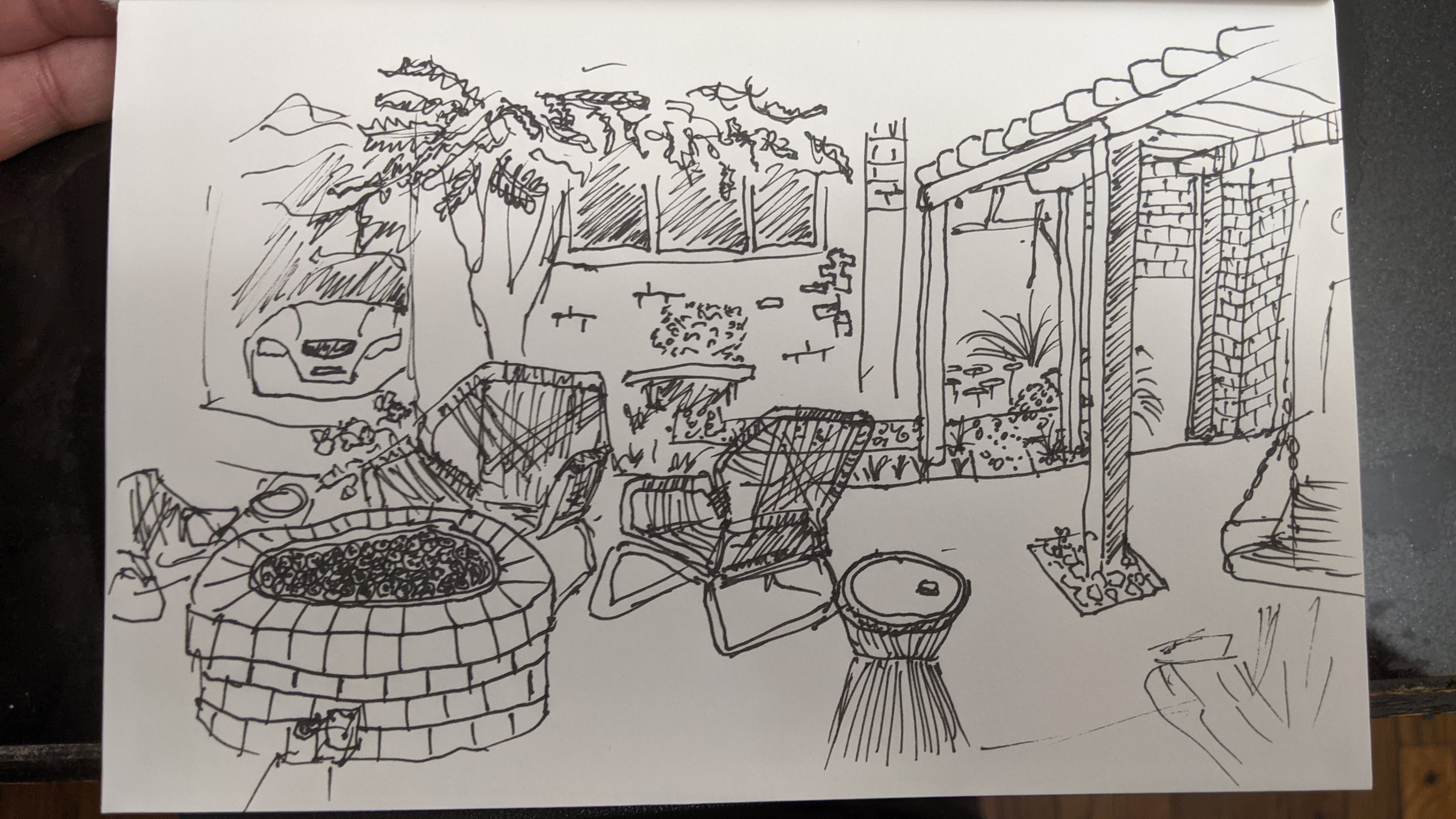 The drive up to Chicago was long and uninteresting. Mostly. Driving through the mountains in Virginia was actually very beautiful.

The drive into Chicago, though, was incredible in it's own right. Chicago is huge! I really was not prepared for it. Immediately driving into the city I was met with a beautiful skyline of iconic skyscrapers. What really baffled me was how they skyline continued even as I passed the initial "downtown" area. The city was dense with apartments, cars and pedestrians. I played Sufjan's Stevens Illinois album as I sat staring in wonder at the buildings from the car, starting with the track Come on! Feel the Illinoise!, naturally.

My sister and her girlfriend were out of town attending a wedding so I stayed at their place near Uptown. I had a really great time exploring the city. Parking was a nightmare, so I just walked everywhere. I thought of it as a primer to my new lifestyle. She lived really close to the Cubs stadium, so that probably didn't help either. 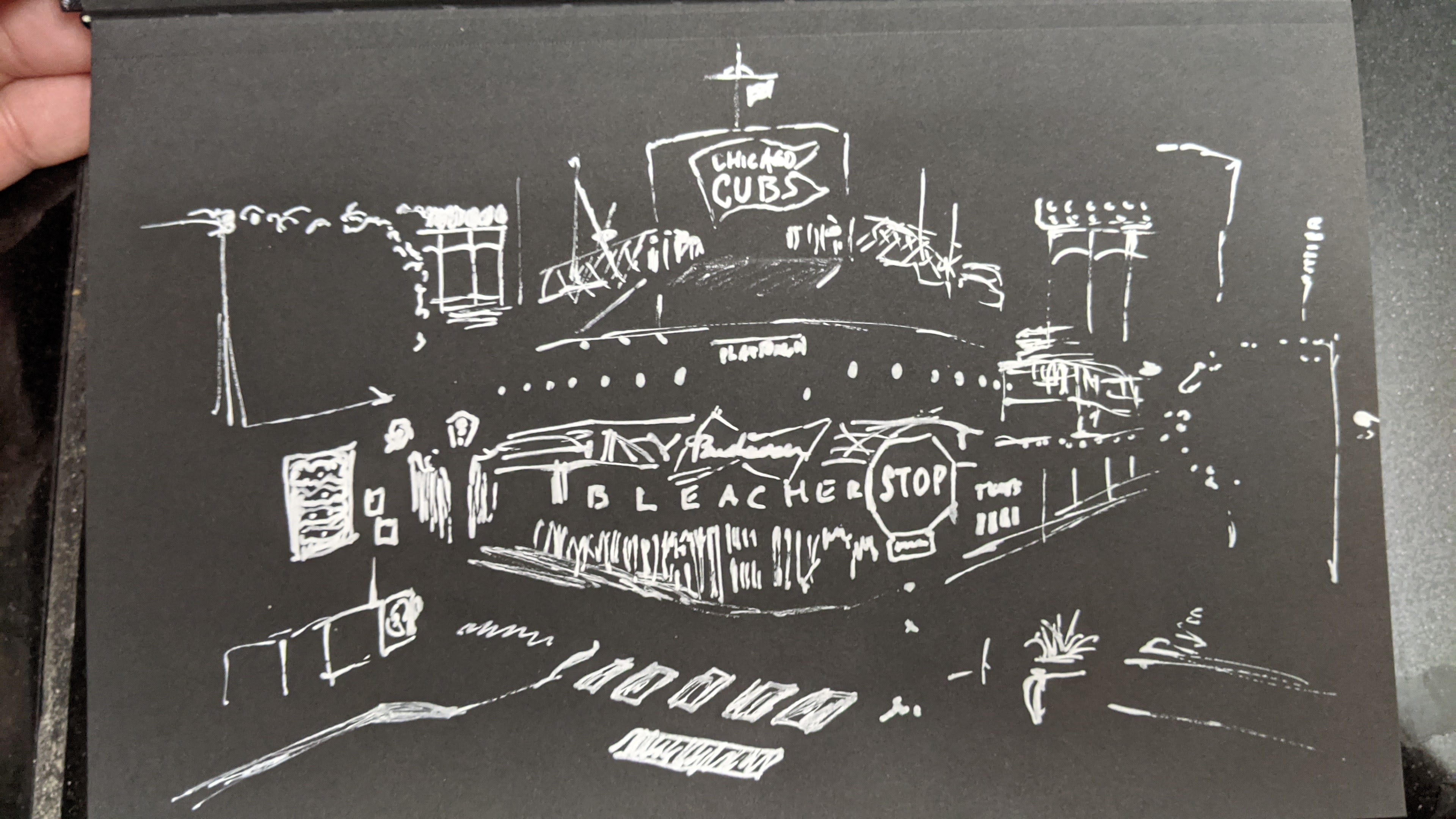 The time finally came to pick Tina and Anne up from the airport and I was very excited to see my long lost twin! Kidding about the long part, but I hadn't seen her in a long time and it was cool to see her and Anne as locals in Chicago. That week was also my first week of starting my job remotely. I pretty much worked in their office while Anne went into her office to work during the day.

Christina gave me a grand culinary tour of Chicago, spoiling me with so many good food places. I realized I really have been sleeping on good ethnic food. Probably my favorite place we ate at was a literal hole-in-the wall called Chilam Balam. It was a quaint Mexican place next to an alley with a sign and some steps that led down into the indoor dining area. There were some tables in the alley for dining outside and it was BYO wine (apparently it's hard to get a liquor license in Chicago so BYOB is not uncommon), which we brought with us in a little tote.

There was a small menu and the move was to order a couple entrée's for each of us. Every plate brought out to us was so delicious and we had some flan to top things off.

We continued on to a local movie theater (which was somewhat foreign to me having lived for so long where AMC or Regal were the only options) and watched the new Marvel movie, Shang Chi. I thought it was great! And so did Christina. I wish I had written a review shortly after seeing it because I had much praise for it.

Finally, the time had come for Christina and Anne to return the favor and drop me off at the airport. I was very excited to get to Seattle and explore the city. I would be staying in a hotel for a few days before I got to move into my apartment.

Now that I've finally got all my stuff moved into my apartment and I just got my first paycheck, I'm going to start improving my lifestyle; creating more content, working towards my goals (always!), improving my health and developing myself and my skill sets. I'm eternally grateful for the cosmic forces that have aligned my will, effort and opportunity to get me to where I am today.

It's almost the end of the year and I haven't quite managed to make much progress on my yearly goals, but I'm satisfied to know I've finally achieved some of my lifelong goals.