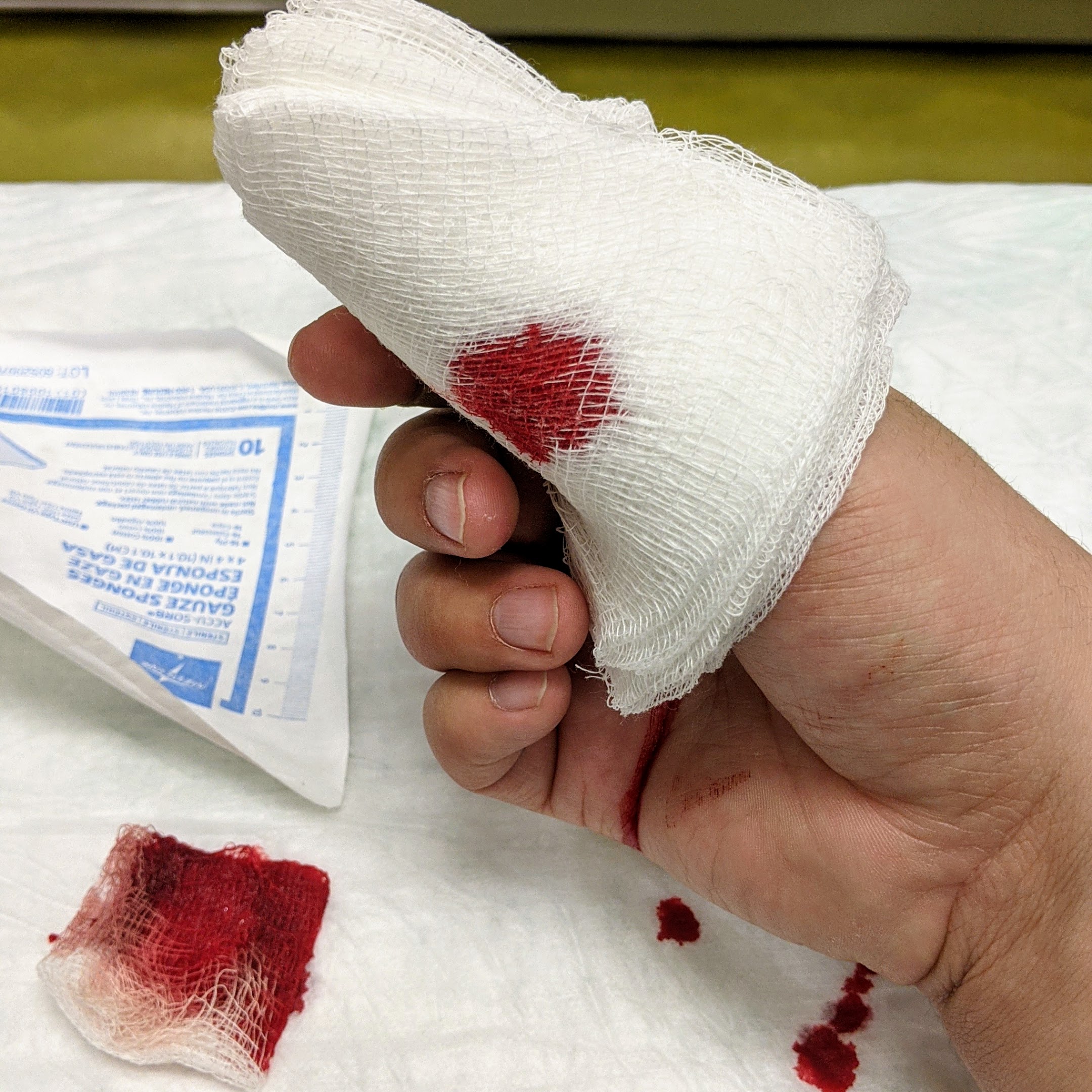 Well, my day started off pretty good at least.

It was Saturday. Carlos had come over to my place on Thursday to hangout for the weekend. Mom had just been Baker Acted and was in the hospital so between that and work, he'd been under a lot of stress lately. He called off work for the next few days and drove 2 hours over the state line to visit.

Things had been going well so far. I slept in till around 10 because it's the weekend and then I made us a nice breakfast of bacon, chorizo, eggs and toast. I had cottage cheese with my meal as well because cottage cheese rocks.

Carlos thought he heard a knock at the door but I dismissed it, joking that I never get visitors.

I realized though, that I had ordered a few items recently which I had budgeted (opens new window) under Home Improvement. But I had just checked on the Amazon app and it looked like my stuff wasn't supposed to be delivered until Tuesday.

I opened the door and BOOM! Three packages! Sitting at my doorstep. I was very excited.

I opened the first and largest one of them: a hammock holder (opens new window)! This was awesome because rather than buy another piece of furniture for my apartment, I could simply use my beloved hammock.

The second package I got was a little red wagon (opens new window)!

I'd seen a lot of my neighbors around the apartment complex carting around their garbage bags to the dumpster. I stopped and talked with a few of them, always inquiring as to where I could find one. Walmart didn't carry any, so I looked on Amazon for one and found something simple I liked.

Finally, and to my great surprise, my packages from Google arrived! Incredible! I was so surprised since I had placed my order only a few days ago and did not expect them to arrive so soon; I'm always pleased with my purchases from Google.

This time, I bought a Google TV (opens new window). Really it's just a chromecast device, but I bought it for the Google TV features. I've been using my Nest Mini (opens new window) devices around my home often to do things like play music and turn on my smart TV, but I wanted my voice commands to better interface with my different streaming apps.

I also bought another Nest Mini device to place in my bathroom so I could play music to sing in the shower with.

Carlos and I realized around 12:30 PM that we were scheduled to get on a video call with some of the rest of our family to discuss our budget for Mom.

This was when my day started to turn south.

Suffice it to say, I was gravely offended by one of my other brothers, which put me in a foul mood for the rest of the afternoon.

With my new wagon, we loaded the garbage and made the short trip over to the dumpster before we ran errands.

By this point, I was still seething and not very present (opens new window). I tossed the first bag in with my left hand, swinging it by the top. Distracted, I tossed the second bag in, heaving it with the assistance of my right hand.

I felt a searing pain in my right thumb as I looked down and clutched it with my other hand.

A line of blood traced the side of my thumb and beads of deep red blood rolled out of the gash. I could see on my thumbnail where whatever piece of garbage that had cut me skidded off my nail, leaving a shallow groove behind.

We went back inside and patched it up as best we could, using gauze and tape to keep pressure on the wound. There was a lot of blood.

Carlos suggested that we go to an emergency room because the cut might be deep enough to warrant stitches. I hoped not because if so, this would be my first time getting them.

At the ER, I waited about an hour before a staff member came to look at the laceration, as they put it. It would indeed require a few stitches.

Since I didn't know when the last time I got a Tetanus (opens new window) shot was, they gave me one to ward off infections. Good for ten years, apparently.

Another hour, and I was out of there. Three stitches and a gauzed up, numbed up thumb to show for it.

I'm glad I set up the hammock stand before the accident as my right thumb is now practically unusuable. Even typing with it now, holding it steady while I use my left thumb on the space bar, hurts if I bend it in the wrong direction or accidentally forget and smack it against the spacebar.

A shame, really, since I'm in the business of typing.

It doesn't help at all either that I was recently diagnosed with De Quervain's tenosynovitis (opens new window), which makes moving my left wrist and/or thumb painful as well. 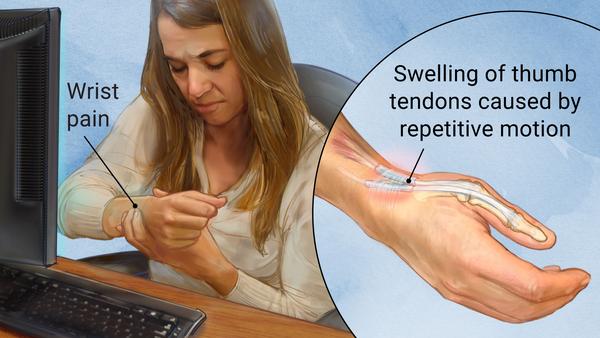 Update: I went back to the orthopedic clinic and got a shot in the wrist which helped reduce the swelling. My wrist is fine now and while I was there I also got copies of the x-rays they took when diagnosing my wrist pain. Good bones. 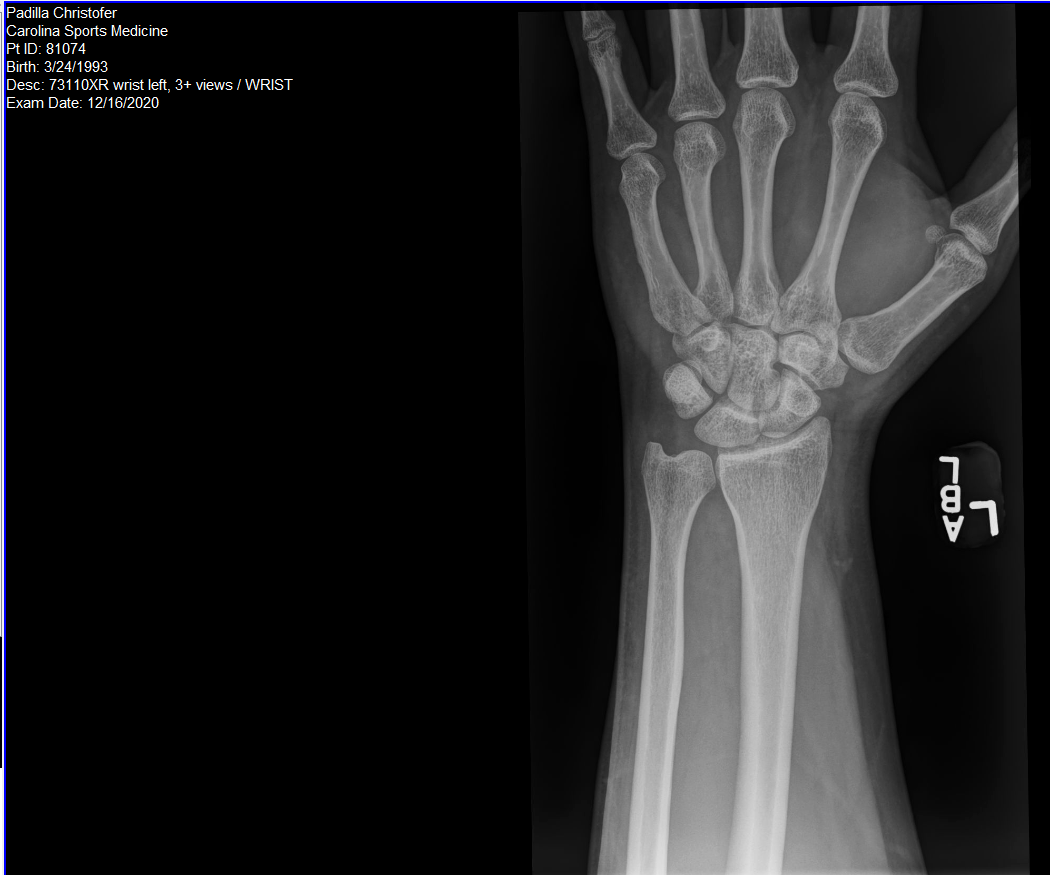 As Carlos put it, "You're just not winning today, Chris!"

I spent the rest of the day relaxing. We checked out a local record store, and then went home. I made a mean Chilaquiles dish for dinner and then we watched Bombshell (opens new window) with the new Google TV setup.

Today was alright, I guess.