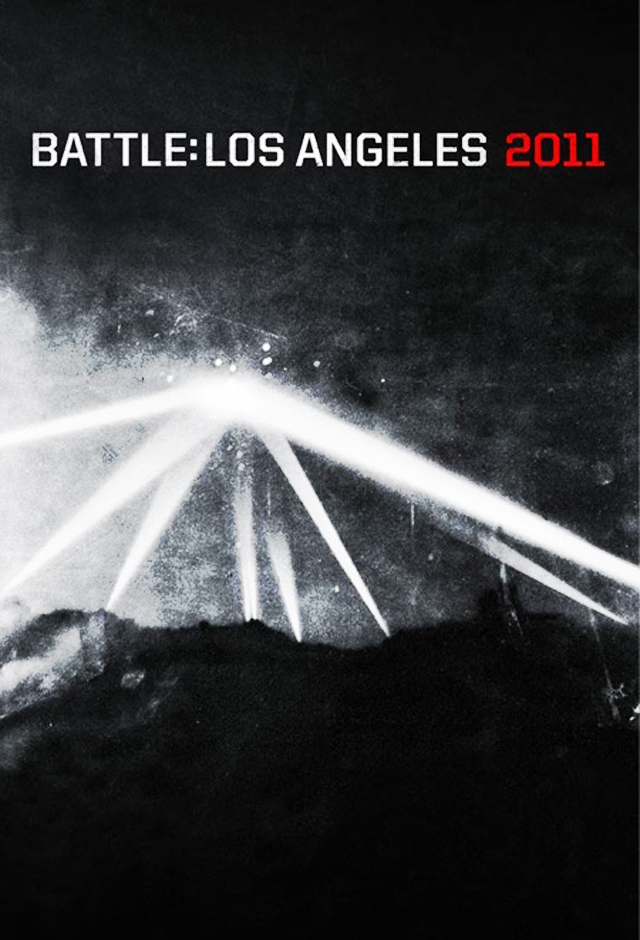 Before I went to see Battle: LA, I was told by my friend's dad how horrible this movie was. "I could've waited till it came out on DVD. It totally wasn't what the trailers showed it to be." And he was right about one thing: It wasn't exactly what the trailers had made it seem to be. If you've seen the trailer, you're probably jumping up and down excited to see a whole bunch of epic action sequences with aliens and explosions. Don't worry. You'll get that, and more.

I think the point that the trailer misleads people at (as is usually the case with such movies) is that it makes it out to be this epic action movie. In reality, it delivered a lot more content than a plain old alien-shoot-em-up movie could by focusing on a smaller scale of the alien invasion of Los Angeles. I thought the time alloted for the movie was managed very well. There definitely seemed to be a lot of scenes that had to happen in the movie, yet it consistently maintained a good pace and flow so it felt natural and added to its believability. I think the movie covered roughly a 24 hour time period.

For those of you who enjoyed Saving Private Ryan, the story line for Battle: LA was very similar to that, since it followed a key character, who was not by all means perfect, but had a mission to accomplish and wasn't the sort to let anything deter him from it. Battle: LA was about the character drama, with a believable interactions between the characters whose genuine emotion I can only compare to The Walking Dead comics. Unlike showing the stress a zombie apocalypse places on a person, it focuses on how the alien invasion affected a small squad of marines. They're tasked with rescuing a small group of survivors bunkered down in a police station. The story becomes a lot more intriguing as complications arrive and they engage in small skirmishes with the aliens.

I found out later that the directer's aim behind the mvie was to make the most "realistic" alien invasion movie to date. And I have to admit, those were my exact words when describing the film I just saw to some one. The directer said he wanted the film to be shot the same way a YouTube video is captured, so you'll see a lot of hand-held camera action going on (especially at the beginning of the movie). Thats not the only thing that makes it seem realistic, though. The guns used in the movie seem so "real". Each bullet fired is accounted for, ammo is a real problem that has to be accounted for, and each encounter with the aliens seems pretty realistic, if not a little favorable for the small squad.

Before I even walked out of the theater, I knew that this was hands-down the best alien movie, I'd ever seen (replacing District 9 as my top favorite). I think the only way that people wouldn't like this movie is the same way they didn't like District 9; it just wasn't what they wanted from an alien movie. Its as though even though there is an alien invasion going on, you can tell it's not the focus of the story: the focus is on the people who live through that event. I had no regret paying to see this in theaters and the next day, I had the urge to see it again -- something that rarely ever happens to me.